In this post, I want to share an important distinction that resulted from a conversation I recently had with a coaching client.

My client was telling me about a business event in their life that didn’t turn out as planned.

He called to talk about it and during the conversation he repeated over and over again how he felt like he had failed.

Of course, I understand why he would feel this way. When you have worked on something for over nine months with high hopes and a strong intention, and the results don’t match your expectations it’s quite natural to feel that you have failed.

To make it worse, the cause of the “failure” was due mostly to events that were outside of his control. It was heartbreaking to hear him say: “I’ve failed. I give up.”

When he said this, I thought, “Yes… things didn’t work out, but failure doesn’t necessarily mean defeat. Failure could also equal learning if you decide that it’s going to.

So… here’s the secret to getting the most out of anything that goes wrong. The events are going to occur and yes, we don’t want to pretend that they didn’t.

The secret is in the way you define and label the event when you think about it.

This is going to have a huge impact on whether that particular event turns out to be empowering and moving you toward a goal. Or un-empowering and holding you back and maybe even putting you in a place in your life where you can’t move forward.

Here’s my challenge: the next time things don’t work out the way you think they should, the way that you plan or outside events impact you in a negative way. Realize that even though things didn’t work out – it’s not failure, it’s learning.

Figure out how you can use this to your advantage. Put it in a place where it belongs, and label it properly. If you think you haven’t learned something new, you haven’t thought about it enough. You’ve got to think about it until you uncover the learning.

Absorb the learning and use that insight to change the meaning of the event from failure to learning and you’re going to have a much better success with everything you do.

I hope you’ll join me on social media. Feel free to comment, email me, or whatever you want to do, I would love to hear from you! 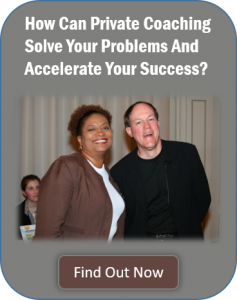